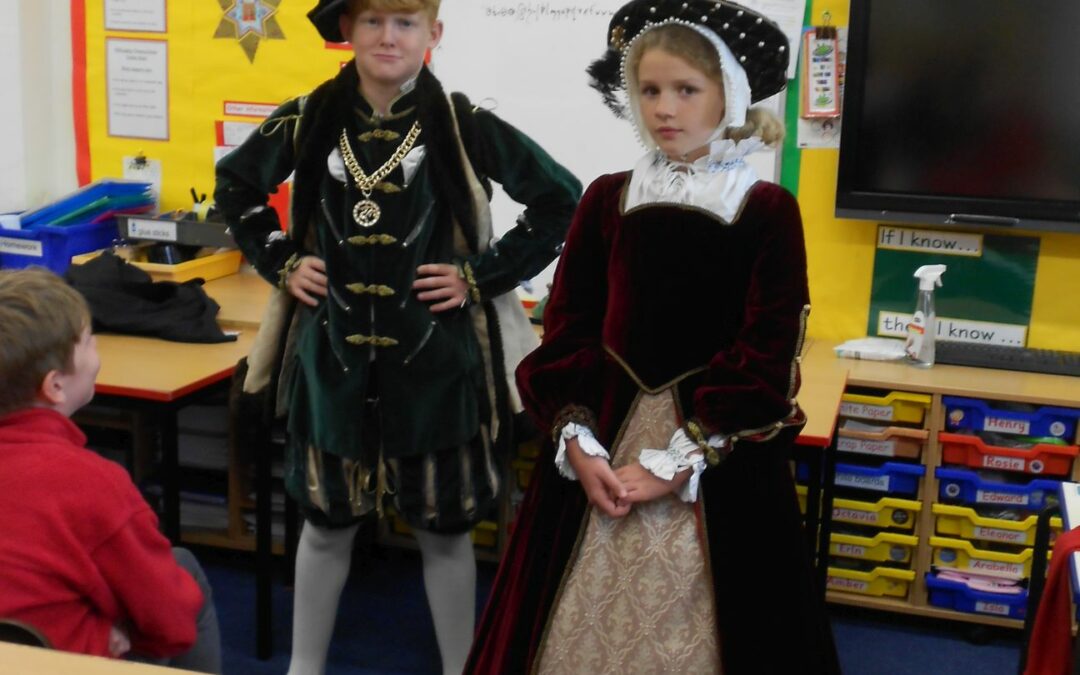 KS2 enjoyed a fun & interesting day learning all about Tudor life this week!

The day was delivered by the Partake Theatre Company and covered many aspects of Tudor life.

The pupils had the opportunity to examine some Tudor artefacts including a baby’s bracelet, decorated with coral (that babies could chew!) & bells for locating them and keeping them entertained.

Next came a cookery lesson, during which Tudor spices such as cloves, cinnamon & nutmeg were passed around. After smelling and even tasting them, the class had to identify each one.

Many of the pupils were surprised just how tricky it was to write with a Tudor-style quill pen! They tried writing their names in a Tudor script and were even challenged to forge Elizabeth I’s signature.

Dressing up & dancing were also a really enjoyable part of the day; one lucky girl and one boy were given the opportunity to showcase the fashion of the day. For women this included a corset, many petticoats, a whalebone frame and several over-dresses. What a lot to carry around each day and how on earth did they sit!

At the village hall, the pupils received a Tudor dancing class ; the learnt the Galliard – Elizabeth I’s favourite dance and were given instructions on how to curtsey and bow properly. 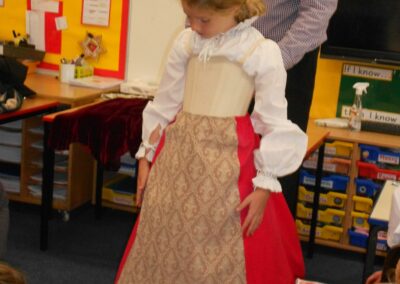 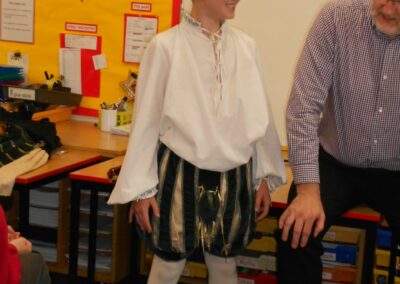 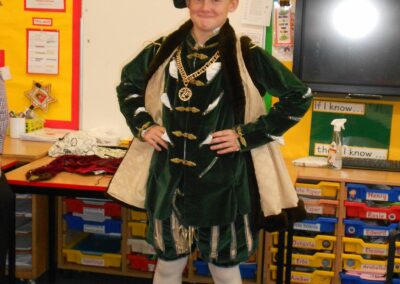 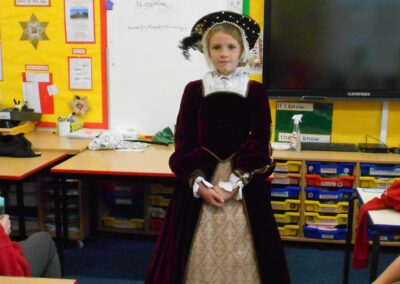 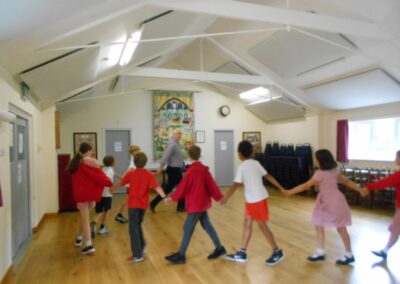 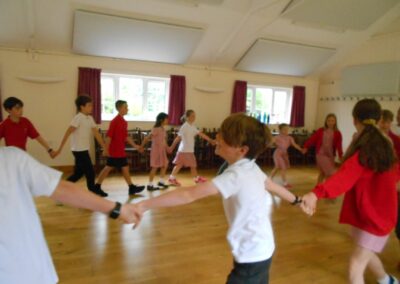 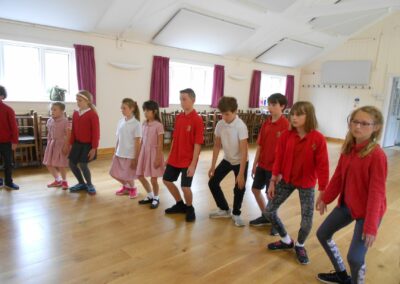 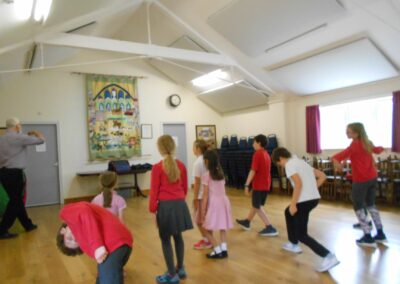