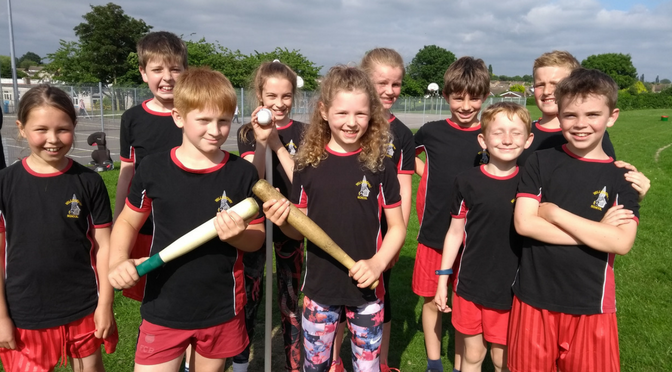 This month, our juniors have enjoyed taking part in some local sports events – and have even come home victorious from one of them!

Earlier this week, we attended the Keyworth Cricket Club Annual Schools’ Festival. We’ve been going to this for 11 years; it’s a great, community event which our children have always really enjoyed. This year, we won! 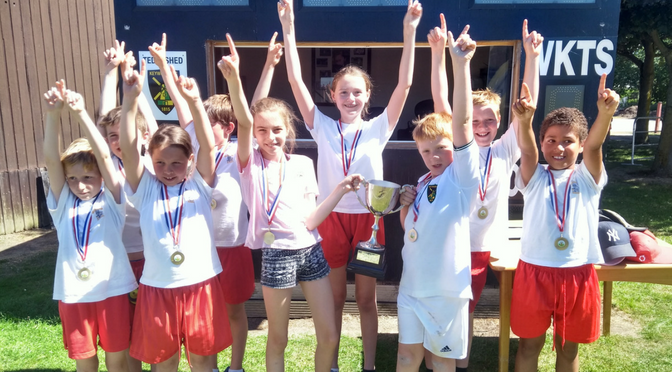 It was a fantastic feeling for the team to come home with the cup (the plate final); as they rounded the corner towards the school gate parents were waiting to collect their children at the end of the day and a spontaneous round of applause broke out!
Rounders Festival
We also took a team to the Annual Rounders Festival which is run by The South Wolds Academy. Again we go along every year and it’s good fun to play with other schools. The weather was brilliant, which added to the occasion, and we were very enthusiastically cheered on by two of the children’s dads! 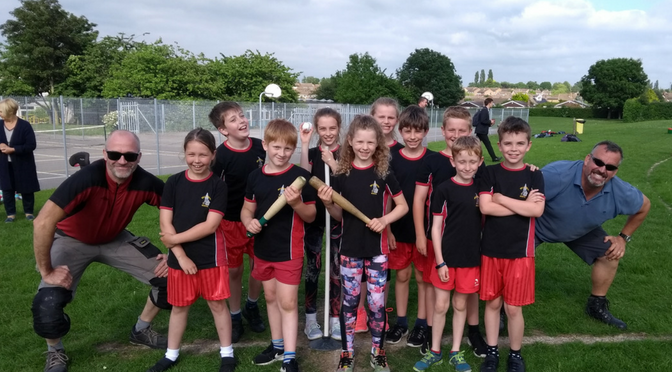